For weeks now, we have been wondering whether Richard Armitage’s character in the new film ‘Black Sky’ would be another ‘John’, a name that so many of his most memorable characters have shared: John Thornton in North and South, John Standring in Sparkhouse, John Bateman in Spooks, John Porter in Strike Back, John Mulligan in Moving On…

Todd Garner, producer of the film, has been tweeting pictures of RA on set, in character, making us fans extremely happy. Thank you, Mr. Garner!

Today, Mr. Garner also solved the mystery of the character’s name, in answer to a question from fellow blogger Gratiana Lovelace on Twitter. To my extremely great pleasure, it’s not another John. RA’s character in Black Sky is named ‘Gary’. It sounds very American to me, for some reason, but that’s OK as RA will also be rocking an American accent in this film.

But does the name fit the character? Well, let’s have a look at the meaning of the name ‘Gary’:


The masculine given name Gary is derived from the word 'spear' in Germanic (gar = spear), meaning a 'spear bearer' and the name (also spelled Garry) is an "acceptable" Anglicised spelling of the Scottish Gaelic and Irish Gaelic personal name Garaidh which, like Gary, is also pronounced gæri.

In German the meaning of the name Gary is: Gentle. Modest and brave Sir Gareth was a legendary knight of King Arthur's Round Table.

People with this name have a deep inner desire to use their abilities in leadership, and to have personal independence. They would rather focus on large, important issues, and delegate the details.

I, for one, am very much looking forward to this film (we will have to wait until 2013, unfortunately). It may be ‘just another tornado movie’, but Richard Armitage’s talent will take any old disaster movie to a completely different level (in my own humble opinion, that is). And it’s another chance to see my second favourite man (after my own sweety, of course!) on the silver screen. I’m sure Mr. Armitage is also enjoying the chance to play a ‘normal’ character after going through life as Thorin Oakenshield for The Hobbit for almost 2 years!

Thank you Todd Garner – and please keep sharing those pictures!
You can follow Mr. Garner on Twitter @Todd_Garner 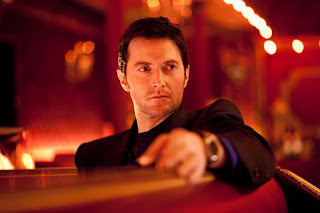